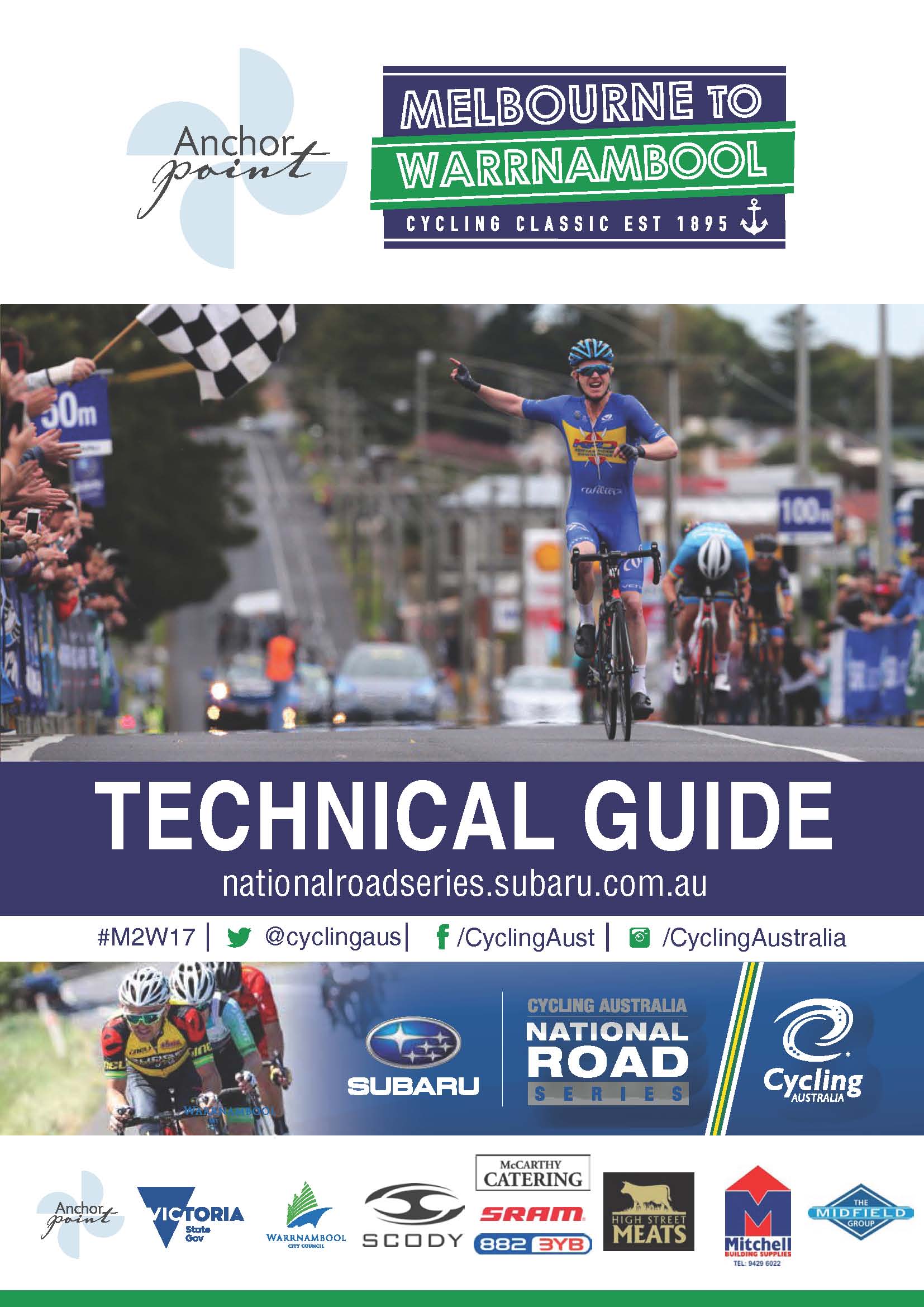 I was contacted late Sunday afternoon by Cycling Australia and asked if I could produce the Melbourne to Warrnambool Cycling Classic Technical Guide for 2017.

Sure thing I said.

I stayed tuned for some emails which provided logos (mostly large jpg’s), last year’s guide and text. I did not possess the Univers typeface much of the document was written in.  To keep costs down, rather than spent $35 for each of the 3 fonts I lacked, the Helvetica group was used instead.

After a couple of phone calls to discuss the minor details, I got started.

The most time-consuming part was setting up the page template.  From last year’s guide I was able to extract the images relating to maps, mocka and signage.  A few 2016 dates needed changing to 2017.  It had been a while since I’d used InDesign, so it was good to take it for a spin.

The main page needed some logos changed and the footer on all pages needed a 2016 changed to a 2017.  Blanking out the old logos using a white box in Illustrator allowed me to hide them and add the new ones, rather than fiddle with layer extraction.  Importing last year’s pdf into Illustrator and creating an art board around the footer and changing the year allowed me to import that into the InDesign template I created.

InDesign did not like me when I did my high quality pdf export – lots of images at the wrong resolution and using RBG, not CMYK, however the final result does the job and the print out renders well.

I could have charged for the “late notice, rush job” though waived this fee and charged standard rates.  Why was this?  I was a little rusty so could not produce my best work (though one can argue that could be the case with all rush jobs).

The winning rider image from 2016, I grabbed from Rob Gunstone’s Twitter post from last year and advised the Cycling Australia to double-check that the use of the image was approved by the photographer.

Excluding some cleanup, the project took me 8 hours.

This is v1a of the #M2W17 Technical guide (there might have been slight changes between this and the distributed file).